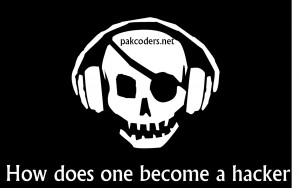 a person who uses computers to gain unauthorized access to data.

How does one become a hacker?

Here’s is my personal “how.”  Perhaps it will be enlightening to you.

6th grade.  I was there in the hallway, alone.  Can’t remember how or why, but I was just there, idle, bored.

I  see the locked doors to the classrooms and approach.  Young eyes  contemplate the lock and imagine possibilities…  are there any?

It’s  locked right?  Should not do anything.  People expect it to do nothing  and ignore it, unless they have the key.  But is that really true?

And the hack begins.

I  felt the locked knob, pushed it in, pulled it out, wiggled it, and  settled in on jiggling it back and forth varying speed, pressure,  timing, etc…  At first, it was just all about what movement can  actually happen in the locked state.

Then it was about exploring the boundaries of that movement.

And during that exploration, more movement was possible!  And more, and more, and it opened and I was in!  No key.

I  arrived at a place where I could open most doors in that building by  simply standing there and manipulating the knob!  Took maybe a minute on  average, sometimes far less.

Turns out, that  style of lock wasn’t the very best, and it’s manufacturing tolerances  were not sufficient to prevent opening under all conditions, or maybe  better said, enough conditions to prevent manipulation as a means to get  past the locking structures.

At that time, I knew little about  locks, but I did have a sense of the world and was always exploring the  dynamics of everyday things.

For me, I sometimes frame this as,  “unexpected input” and I’ll provide it just to see if the rules are the  rules in the world, or if everything is planned for, or engineered to  perform exactly to spec.

Often it isn’t.  More interestingly, and possibly disturbingly at times, it’s more often than your average person would think.

Where  there are gaps in our understanding, or rules, or the dynamics of  devices, people and things, there exists the potential for the hack, or  that providing of input that maybe isn’t typical, or expected, or  planned for, or reasonable.

Another one was the phone.  We had an  old dial phone when I was growing up.  I was messing with it one day  and got a connect by repeatedly clicking the “hang up” switch.  Turns  out, that’s how a dial phone works!  I had got the operator after a  sequence of 10 clicks that fell within the timing constraints the system  needed to recognize that activity as a dial as opposed to somebody just  manipulating the phone, like to move the handset and straighten out the  cord.

Once I was aware of that, of course, what else can it do?

And there is the hacking exposed.  I quickly learned to dial calls without the dial.

So  I dialed up a friend, and we toyed with the phones while on a call.  At  some point, we ended up in a three way call with an operator, who was  very confused.

Worse, none of us could end the call!  Even when  all three of us hung up and waited, the call was connected!  A tech had  to fix it, and I got a lecture about the phones.

A few years  later, I got a field trip at school and it was to the phone company.   They showed us the mechanical system that would connect calls!  It was  this impressive thing with levers, terminals, connectors, etc… and  when people dialed up, it would position things so that the phones were  connected and then the call could happen.

Nobody ever checked it  for the “receiving pulses while already on a call” case, and we had  triggered the system to make a type of connection it was not designed  for.  And it worked just fine, because the vast majority of people would  provide expected and planned for inputs.

For all I know, my friend and I were the first to expose that functionality in the system.  “call locking”  heh

So there are a couple examples.

I must say something else here too.

There is benign hacking.  One learns about the world by providing inputs to it, or doing stuff.  Learn by doing, and or playing.

And  that little kid spark, that sense of “play” stays with people who are  inclined to hack.  It never, ever goes away.  It’s in me, and even  though I’ve been here a while, I still will encounter something novel to  me, and that kicks in.  “let’s play with it!”

What does it do?  What is is supposed to do?

Those are two entirely different questions!

IMHO,  this kind of hacking is an ordinary human thing.  Curious humans will  attempt to learn by doing.  And in a way, it’s a little like the  scientific method applied in life.  One wonders, makes a guess and tries  things to see if the result can be reproduced or predicted.  That’s  basically science to gain understanding.

Or, one does stuff to  watch and learn.  Less scientific, but often revealing.  Maybe something  is discovered in this play, and that leads to deep and potent  understanding.

It’s intrinsic to me.  Always has been.  Standard feature.  I have to pay attention to not do it in some contexts.

Where a person goes with all of that that could end up nefarious too.

I  never pay for locksmiths, for example.  Nor does anyone who knows me.   But you also will never find me on the wrong side of the intent of a  lock either, not without cause.

And I  think this makes some people uneasy.  It’s on the honor system mostly.   Of course, we can and do catch people on the poor side of honor and  there is a process for all of that as our awesome friend Adrián Lamo has shared with us, for example.  (Adrian knows I wrote this and why and that it’s with the best of intent.  He suggested this be an answer and so it is.)

And  you know what?  He’s still on the honor system, and is demonstrating  honor in his frank and very entertaining sharing of his experiences.  I  think very highly of that and anytime we can share “the hack” or the  nature of it, good things happen way more than bad things do.

So  I’m a fan, and I worry sometimes over our reaction as people and the  sometimes painful pressure to suppress that spark in people.  Sometimes  it goes in ways we would rather not have had it go, but man!  Most of  the time it’s just empowering and good things happen.

I’m about the good things.  The more the merrier.

And  I worry that they, and I mean society overall, fails to see the  empowerment as the net gain it is.  Sometimes I worry a lot.  I’ve been  shunned in my life for people just knowing I had that inclination.

It’s  that inclination to hack and understand that nets us so much!  And for  me, growing up in poverty, it was the difference between a depressing,  crappy life, and an awesome one learning all sorts of stuff!

When  things are good, hacks can seem frivolous.  And maybe they are,  entertainment and enlightenment aside.  One can say the same of a  trickster or clown too.  The trickster is a sort of hacker in how they  come to toy with people to gain understanding of their perceptions.

Ask  Penn and Teller, one of whom is published scientifically and peer  reviewed on the topic of human perception.  There is value in all of  that, and for them, money.  Plenty of it.

But, when things are bad?

This is when you want to know somebody inclined to hacking, or develop it in your own self.

As  a little kid, I remember the day I realized there are the official  possible things to do.  And that’s often a subset of human extreme  limits.

And that set of things is a subset of the actual possibilities our world will permit.

Physics,  basically.  Every last one of the great physicists are hackers.  They  want to pry reality open and look at the pieces inside to understand.

Think  of how all of it can work like a safety factor.  Most people stay in  the safety factor and they may not understand there is some safety built  in too.  Some do have that understanding and operate outside that  safety factor, but still within their own personal limits as a human.

And  then there comes a time and place where one must do what it takes.   Sometimes limits aren’t there, but for our own understanding!

Realizing this changes a person just a little.  And it can happen in all kinds of ways.

Many,  who are inclined to hacking of various kinds, understand “do what it  takes” in a more absolute sense than we may find a more typical person  does.

Finally, a girl I knew growing up wanted to hack.  She  could see it and would play with me regularly.  And by play, I mean with  tech, the world, etc…

One day I picked up a pen and asked her what she saw.  “A pen, of course silly!”

I  told her I saw a device, and it has parts, and they have properties,  and all of that is setup to perform the task of writing, but one does  not technically have to write with the pen.

… and so the conversation went.

Most of the time, a pen is just a pen.  When one needs or is bored, a pen is a resource, or tool, or toy, weapon, etc…

And she and I spent many hours taking stuff apart or doing novel things.

I  think the hacker “spark” can be shared.  It’s latent in many people.   And in a way, I think it’s a lot like inhibition in general.  One can  crack that by having experiences.  This is part of why we make people  speak in public as kids a time or two.  We want to stimulate them to see  what comes of it.

Most people experience an ordinary outcome.   “OK, I can do this.”  But some people find out they love it, or are  great somehow!  We lose out, if we don’t give everybody a go.

The hacker simply does that same kind of thing with the world they live in and the people and or stuff they find in it.

Hope that helps convey what “hacking” actually is.

Really,  “hacking” has nothing at all to do with computers and networks.  Those  things are just very compelling targets for hacking, and because of  that, there is a lot of hacking going on.

But the nature of the  hacker is distinct apart from all of that.  Anything that can do  something, or that has complex dynamics, or functions, can be hacked on  and the products of that hack are understanding of that thing that goes  deeper than the obvious, or official, or expected types of  understanding.